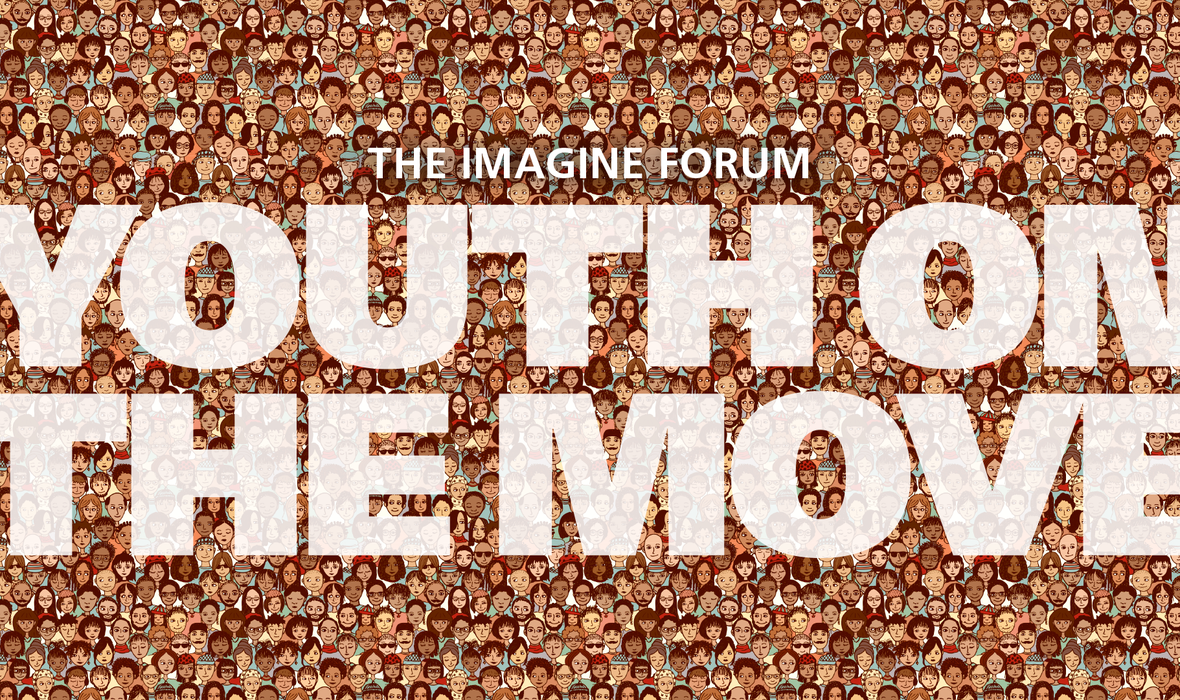 The Imagine Forum: Youth on the Move

Borders have a vast impact on young people fleeing arduous situations, seeking new opportunities and respect for their rights. They are forced to flee, exposing them to sexual and gender based violence, abduction, exploitation, forced recruitment, detention, hunger and death.

Despite their difficult situation displaced young people can and should play an important and positive role in shaping their future and establishing sustainable peace worldwide. Technological advancements have brought forth opportunities to empower, educate and train young displaced people. The main objective of the dialogue taking place in Reykjavík on 10/10 was shedding a light on this highly important role of young displaced persons, and the valuable contribution of entrepreneurs and activists in creating positive change was one of the main objectives of the dialogue taking place in Reykjavík on 10/10 2018.

Furthermore, the conference provided the platform for introducing the winning teams of Startup Social 2018.

Amongst other speakers were Sophia Mahfooz, CEO of SVIP, Kathy Gong, serial entrepreneur, CEO and co-founder of Wafa Games, Adam Elsod, Co-founder & Chairman of The Young Republic and Harald Quintus-Bosz, Lecturer at D-Lab, MIT and CTO of Cooper Perkins.

JJ Bola is a writer, slam poet, educator and former refugee from DRC who was brought up in London from the age of 7. JJ has published three collections of poetry and his debut novel, No Place to Call Home, was published in the UK in 2017. He was one of Spread the Word's Flight Associates 2017. JJ reads, speaks, workshops and performs all over the UK and has made international appearances. He joined UNHCR at the World Economic Forum in Davos in 2018 to take part in a Facebook Live with Cate Blanchett and Iraqi refugee, Aya Abdullah.

Dr. Pia Oberoi is the Advisor on Migration and Human Rights at the UN Office of the High Commissioner for Human Rights, where she leads the work of OHCHR's migration team and advises the High Commissioner on policy and legal issues related to the intersections between migration and human rights. Prior to this, Pia led the migrants' rights work of Amnesty International's International Secretariat, and also advised NGOs and policy think tanks in several regions of the world. An expert on international human rights law and policy related to migrants, Pia has written and published extensively on related issues, including in the context of the current challenges of migration governance. Pia holds an MPhil and a DPhil in International Relations from St Antony's College, Oxford University. Her DPhil thesis was published by Oxford University Press in 2006 as “Exile and Belonging: Refugees and State Policy in South Asia”.

Kathy Gong became a chess master at 13, and four years later she boarded a plane with a one-way ticket to New York City to attend Columbia University. She knew little English at the time but learned as she studied, and after graduation she returned to China, where she soon became a standout among a rising class of fearless young technology entrepreneurs. Gong has launched a series of companies in different industries. One is Law.ai, a machine-learning company that created both a robotic divorce lawyer called Lily and a robotic visa and immigration lawyer called Mike. Now Gong and her team have founded a new company called Wafa Games that’s aiming to test the Middle East market, which Gong says most other game companies are ignoring.

Sophia Mahfooz is a former refugee from Afghanistan who has been living in San Francisco since 2015 where she served as COO of Girls in Tech and has worked with dozens of global technology firms around the world on diversity and inclusion initiatives, including Facebook, Apple, Cisco, and many others. Sophia’s current projects aim to use her expertise in technology, education and policy to improve conditions for people displaced by war. She runs the SVIP–a non-profit organization working to provide graduating engineering students from around the world access to the unique experience of working with high-tech companies in Silicon Valley and serves on a committee in the UK Parliament working on initiatives in Afghanistan.

Adam Elsod is an award-winning activist, educator and social entrepreneur. He is a member of the advisory council of the Council of Europe and the pool of trainers of the European Youth Forum, with an educational background in management, sociology, global politics, community organizing, and he is completing a masters in adult education and global change. Adam has been working for the last 10 years for democracy, human rights, youth empowerment, social inclusion and refugees in the Middle East, North Africa and Europe in different capacities. Adam is a co-founder and chairman of The Young Republic. He is also a cofounder of the Network for Refugee Voices. His work has been covered by several media channels like: BBC, the Swedish Radio, NewsWeek, the Atlantic, and Alarabyia.

Harald Quintus-Bosz spent six years instructing and organizing at the International Development Design Summit, before joining D-Lab at MIT as an instructor of the D-Lab: Design for Scale course. Harald’s 22 years of private-sector product design experience, in combination with design for the developing world experience deepens D-Lab's portfolio of class offerings. In addition to his responsibilities at D-Lab, he is the CTO of Cooper Perkins, a technology development consulting firm. After earning an SB degree from MIT and an SM in Mechanical Engineering from Stanford University, Harald worked at XRE, Matech, and IDEO before co-founding Cooper Perkins in 2002.