Clever leadership can transform a state’s smallness into an asset when promoting national and international interests at home and abroad. Good leadership skills are required to correctly prioritize and bargain in international surroundings. Small states need to defend their interest in their key sectors and within these sectors they need to be able to demonstrate leadership, offer clever solutions to problems, and wield positive influence. This can be achieved through consensus-forming, policy innovation and figure-heading external initiatives. It is thus vital for a small state to develop administrative competence in key areas and provide leaders with knowledge that will help them in taking initiative when needed and drive forward coalitions in issues the small state wants to move forward. Leadership skills are imperative to make this happen and secure successful diplomacy for a small state.

The 2021 small states winter school was organised online, in virtual format, from 25-30 January 2021. The focus was on Small State Leadership in Gender Policy - both at the international stage as well as domestically and how they intertwine. States, especially small states, have built an image and an identity as norm entrepreneurs in gender policy and gender equality. Sweden has, for example, pursued a feminist foreign policy since 2014 where gender equality and gender mainstreaming are at the centre of all policy making. Meanwhile, Iceland has built a reputation as a forerunner in gender equality and has used this image to figurehead initiatives at the international stage.

This Winter School will provided students with the tools to answer questions such as: How can gender policy at the domestic level be translated to the international stage? How can small states take on a leadership role in gender policy? How can smallness be turned into an asset in policy making? The course brought together some of the leading scholars in the field of small state and leadership studies, while also drawing on expertise from gender studies. 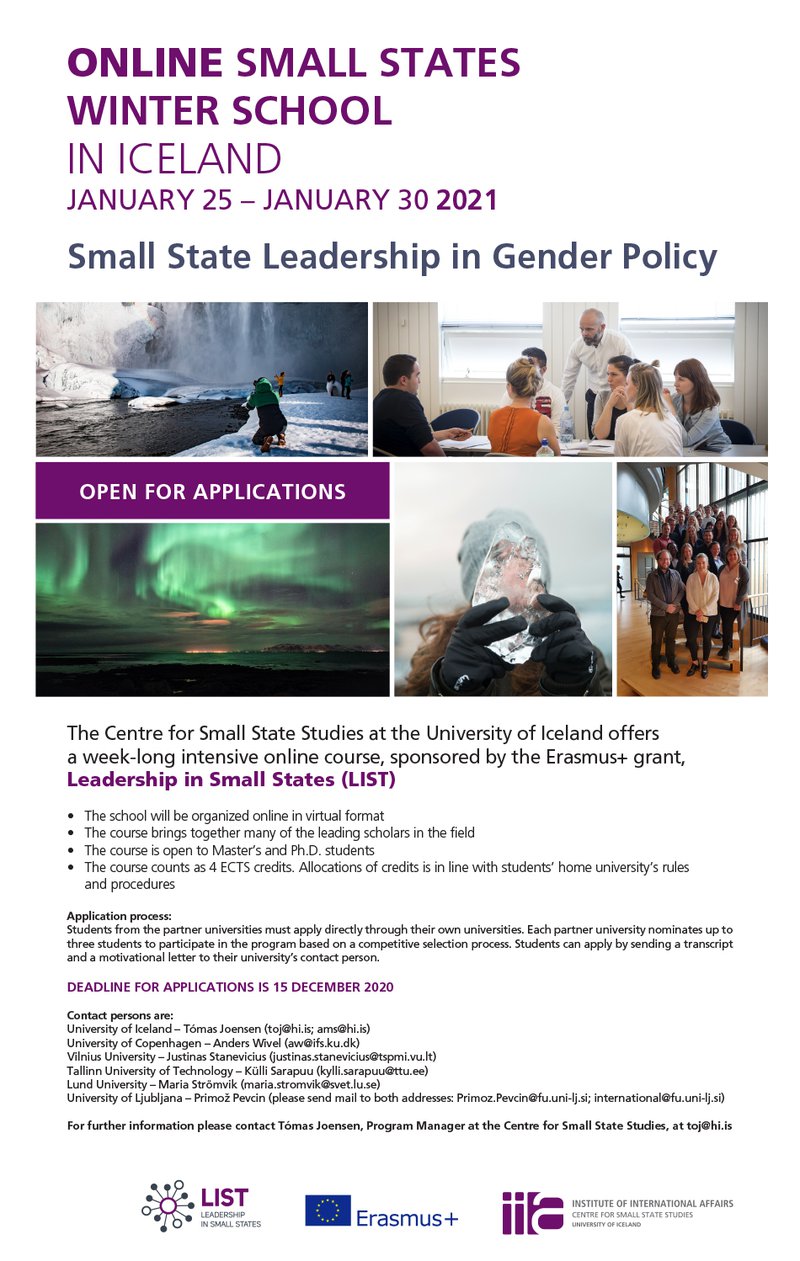 On completion of the course, students enrolled should be able to: